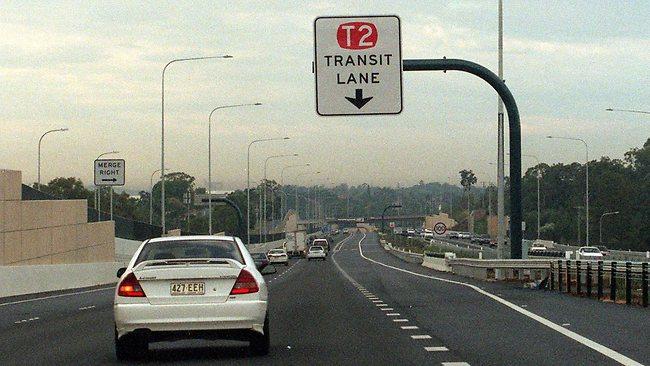 A new campaign aims to get Western Australians to work quicker by reducing congestion through the adoption of high occupancy vehicle lanes already used in NSW, Victoria and Queensland.

Half a million people a day commute by car to work in the greater Perth area and, according to the Australian Census, 92% of these carry only the driver. Infrastructure Australia have predicted that by 2031 seven of Australia’s ten most congested road corridors will be in Perth, and this congestion will cost Western Australia $16 billion annually.

The campaign claims that if the State Government were to adopt its own recommendations for high occupancy vehicle lanes commuting times would be significantly reduced and the State could spend $Ms less than forecast on transport infrastructure.

The WA tax payer currently spends more than $1.5Bn per year [1] to support the transport infrastructure through the State budget. By 2030 this will increase to approximately $5.7Bn per year.

The cause of congestion is a growing population, increasing car ownership, and an underinvested public transport system. The resulting, and increasing, congestion can be relieved very simply, and very affordably with Transit Lanes.

For those that have not driven around Eastern States, Transit Lanes allow cars with 2 or more people in them to share bus lanes. New South Wales, Victoria and Queensland have many Transit (T2 / T3) lanes [2] and they are used successfully around the world to relieve congestion and speed up commuting by car [3].

Spokesman for the campaign, co-founder of car-pool app Kapuddle Jamie Vine said, “Average journey times in Perth during the morning & evening peak travel times are 42% & 40% longer than normal. Car-pooling reduces congestion, reduces the increasing cost of infrastructure and reduces carbon emissions and greenhouse gases. Car-pool lanes are an affordable, proven and obvious solution, but have so far been ignored by State transport chiefs”.

The State’s comprehensive ‘Transport @ 3.5 Million’ plan published a few months ago recognised car-pooling reduced single occupancy vehicle trips, lowered the number of car trips, and the total number of kilometres travelled. However, the plan has not included any specific actions that will increase adoption of car-pooling. It has ignored its own original advice on Transit Lanes as a significant carrot to encourage car-pooling, and instead is relying on ‘Parking Strategies’ and use of levies as a stick to reduce car trips.

In the FAQ to the ‘Transport @ 3.5 Million’ plan, the Department of Transport / Main Roads stated, ‘High Occupancy Vehicle (HOV) lanes were considered as part of Transport @ 3.5 Million as an option for Perth’. Their analysis stated that although ‘on the available evidence HOV priority schemes are in general unlikely to be economically worthwhile on freeways in the Perth area, although there may be some specific ‘niche’ situations where they could be warranted.’

The campaigners are not privy to the Department of Transport’s conclusion that freeways be excluded, but were encouraged because the ‘plan’ went on to list success factors that enhance Transit Lane scheme efficiency and could result in ‘time savings of at least five to seven minutes on journeys of between 40 and 60 minutes’ [4].

In ‘The Perth and Peel Transport Plan for 3.5 million people and beyond’, the report stated, ‘Over the life of this plan, 800,000 new homes will be required to accommodate Perth’s growing population. This will nearly double the number of trips made every day in and around Perth – leading to over 12 million trips per day.’

The campaigners claim that Transit Lanes decrease the amount of cars utilising the non-Transit lane. Even during peak traffic times, Transit lanes move significantly quicker than adjacent lanes, allowing commuters to zip past traffic. With 3 people to a car, it eliminates 2 cars from the highway, reducing congestion on standard lanes while streamlining travel in the high occupancy vehicle Transit Lanes.

“On average, Transit lanes move approximately 8 km/h faster than general lanes. Depending on your commute, this could save about 10 to 15 minutes each way.” Added Jamie. “We have created an online petition to demonstrate to the State Government the demand of Western Australian’s to bring consideration for Transit Lanes (http://chn.ge/2yi8kDR).

In a story in the Sydney Morning Herald back in 2009 [5] transport experts from Monash University and RACV supported the idea.

Monash University’s Professor of Public Transport, Graham Currie, said overseas experience showed the lanes were a cheap, effective way to ease traffic on arterial roads. “The only costs for the lanes are paint and enforcement,” he said.

“It is a very obvious thing to do and one that must be done if we’re serious about reducing congestion. It means we can use the lanes more efficiently and give those that are willing to share their vehicles an advantage.”

Time saving isn’t the only benefit of car-pooling. Because Transit lanes require two or more individuals in one car, depending on the specific rules and local laws, car-pools also allow drivers to reduce their commuting expenses.

[3] https://www.witpress.com/Secure/elibrary/papers/UT06/UT06019FU1.pdf
With a broad selection of HOV facilities in operation worldwide, it is relatively easy to highlight projects that have yielded positive results: